An elephant statue was given to Singapore to commemorate the visit of Chulalongkorn’s in March 1871. The bronze statue was originally installed in front of Victoria Memorial Hall. It was moved to it’s current location which once was the Court House, then the Assembly house and currently the Old Parliament House or the Arts House in 1919.

King Chulalongkorn was also known as King Rama V. His visit was the first time a Thai Monarch visited a foreign country.

His Majesty Somdetch Paramindr Maha Chulalongkorn, the Supreme King of Siam, landed at Singapore, the first foreign land visited by a Siamese Monarch, on the 16th March, 1871 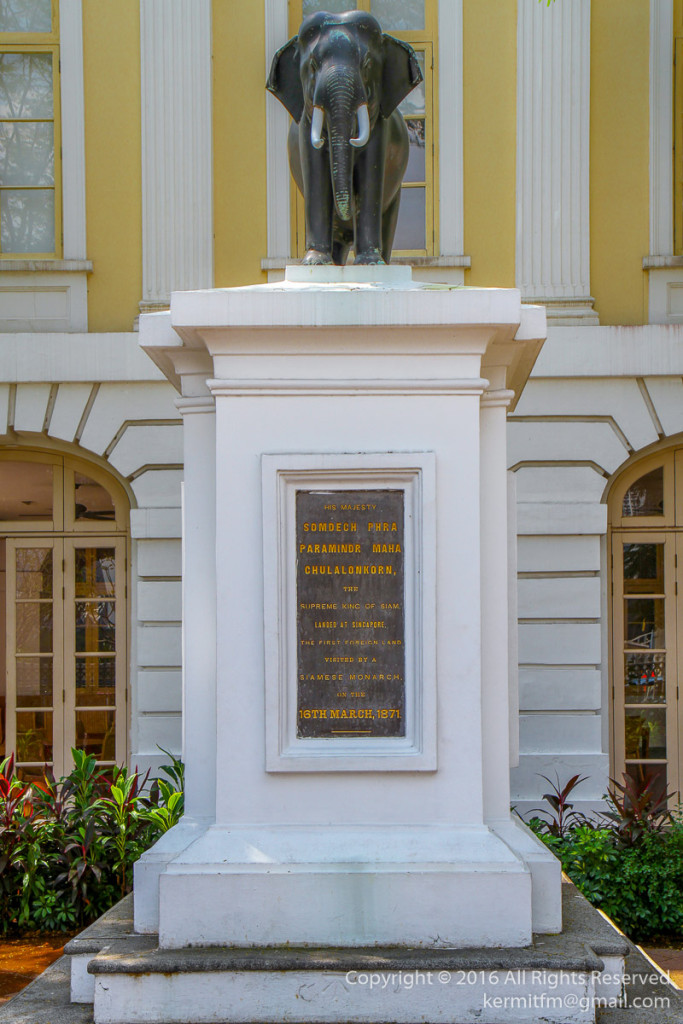