Two United Nations Space Command (UNSC)  soldiers in full battle dress standing at ready. If you ever played Halo, the computer game, you would know who they are. Judging from their near spotless armour, they have yet to see action.

Puzzled? Those familiar with Halo will understand.  (Clue : XBox) 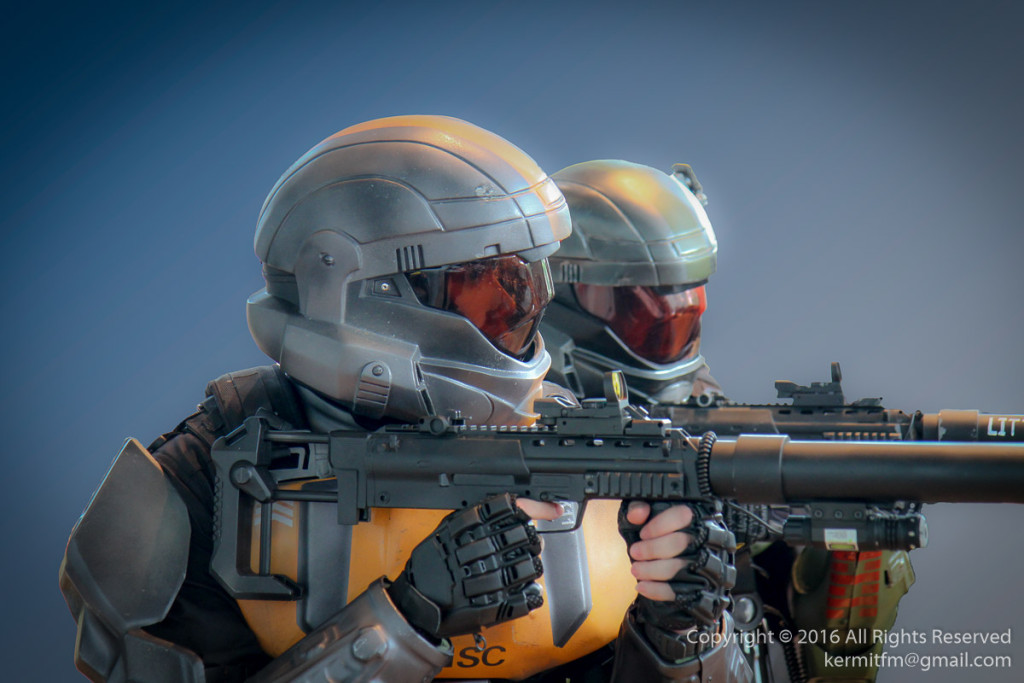 Last year, 2015,  was a bad year as far as haze pollution goes. Making the best of a bad hazy night, this is a photo of a deserted street when the Pollution Standards Index, PSI was hitting a very unhealthy range.

Hazy nights are almost monochromatic so they are very suitable for black and white treatment. The post processing gives a low key treatment to give emphasis to the lit road and the backscatter on the street lamps. 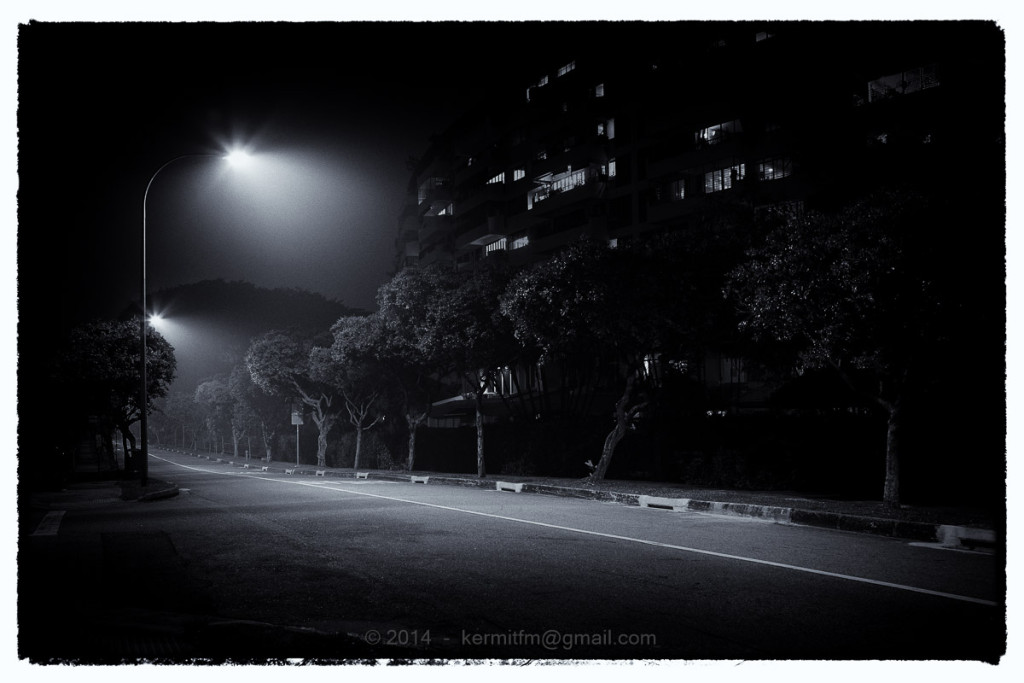 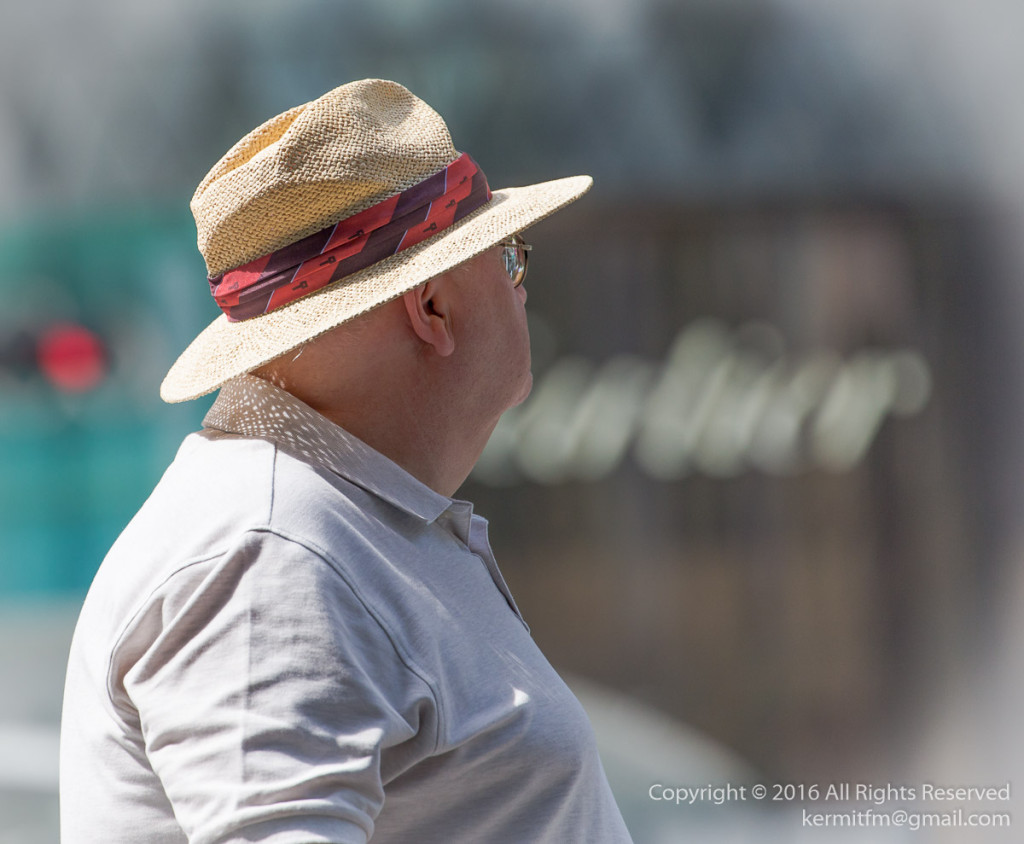 Wandering around Bugis Village many small shops I came into a stairwell painted a garish red. Looking out the casement window I can see the edge of a more modern building, the Bugis+, once known as the Iluma.

The wall colour, the weathered window frame and the view outside makes an interesting composition. It was impossible to get all in a single shot so using exposure bracketing, I combined 3 images get the correct exposures for the brightly lit exterior and the dim interior. I was glad I had the 16mm with me but even using the widest possible setting and squeezing myself to the wall, I could barely capture the full window frame. 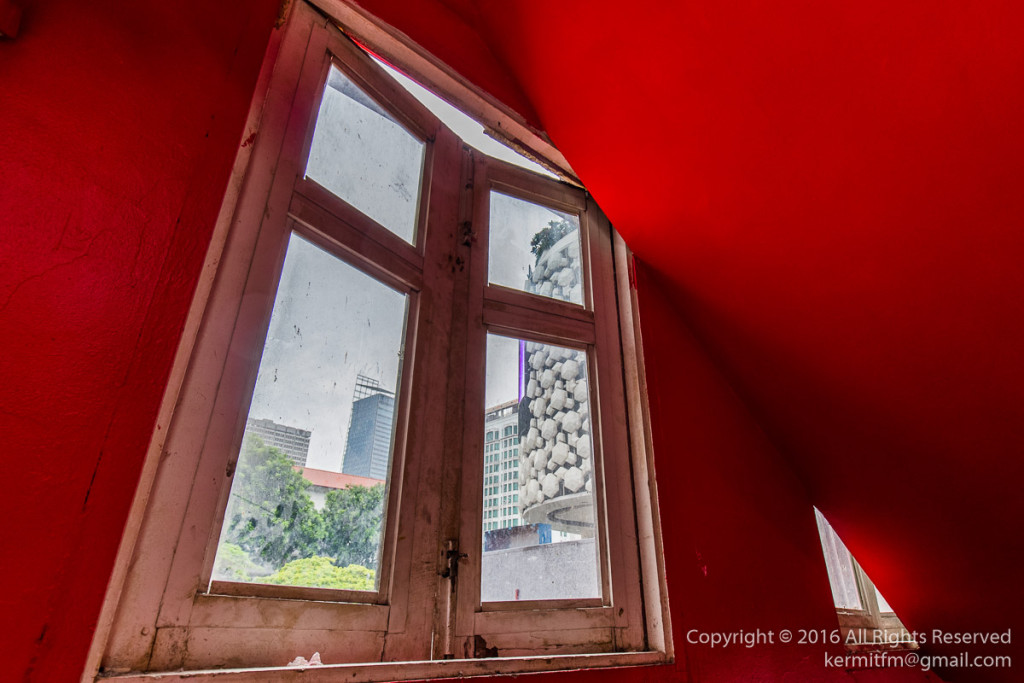