The life buoy, also called a life ring, flotation ring or lifesaver among other names. This device can be found near water bodies or on board water vessels and is an essential safety equipment. Low cost and intuitive to use, it is an essential safety equipment. The user just need to throw it towards the person struggling in the water and pull it back to the shore or the ship with the swimmer (or non-swimmer) clinging to it. The doughnut shape makes it easy to hold, throw and cling on to.

The life buoy below was found in the VivoCity promenade. In the top right corner, you can see the outline of Hotel Michael which is on Sentosa Island.

The photo was processed to desaturate all colours except that of the life buoy. I have retired the lens used. It was a good workhorse for general walk around which is now replaced by my current favourite, the EF 16 -35mm. 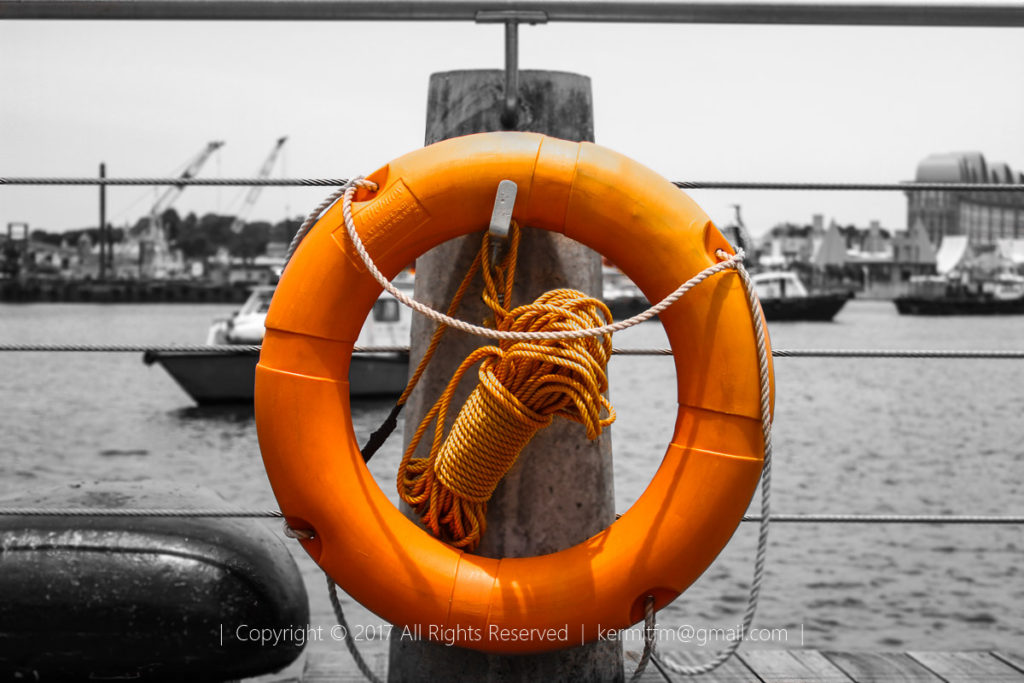 The target for basketball players to place the ball through enough times to win the game. This hoop has seen better days but still serve it’s purpose. Not sure why the padlock is there, maybe there are hoop-thieves in the neighbourhood This photo is another from my Canon 40D collection. Taken in jpg and processed by Color Efex Pro 4 (Nik collection) 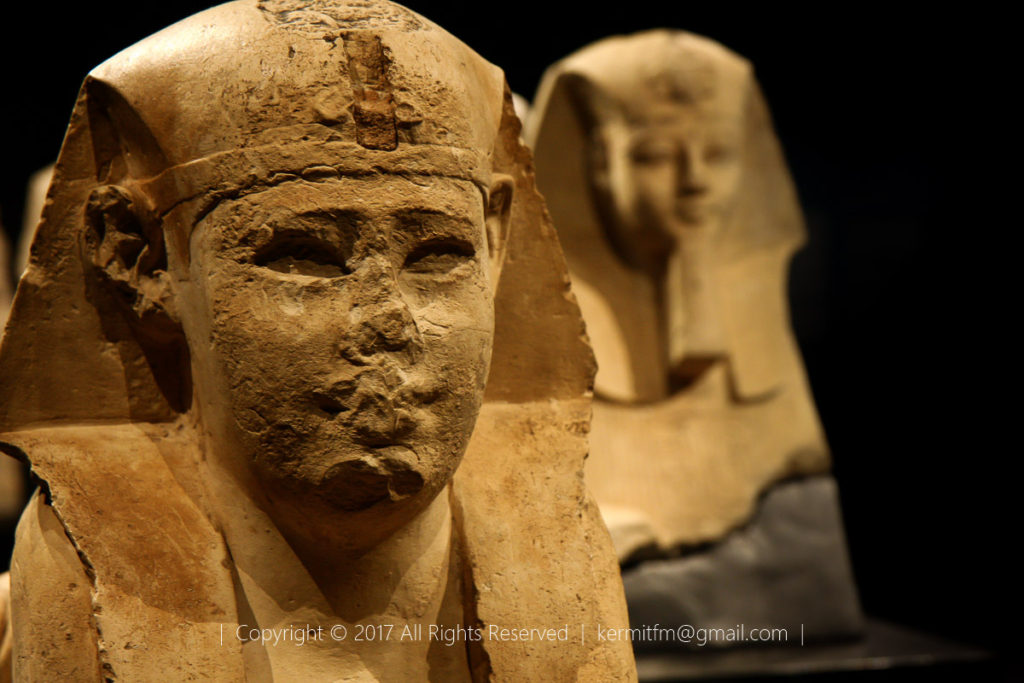 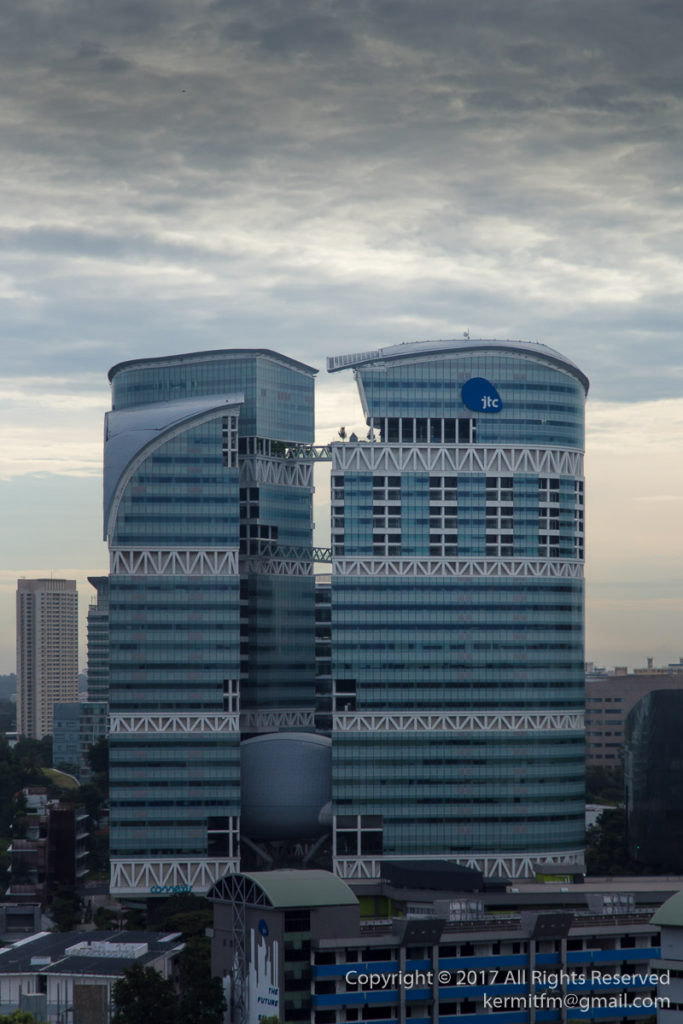 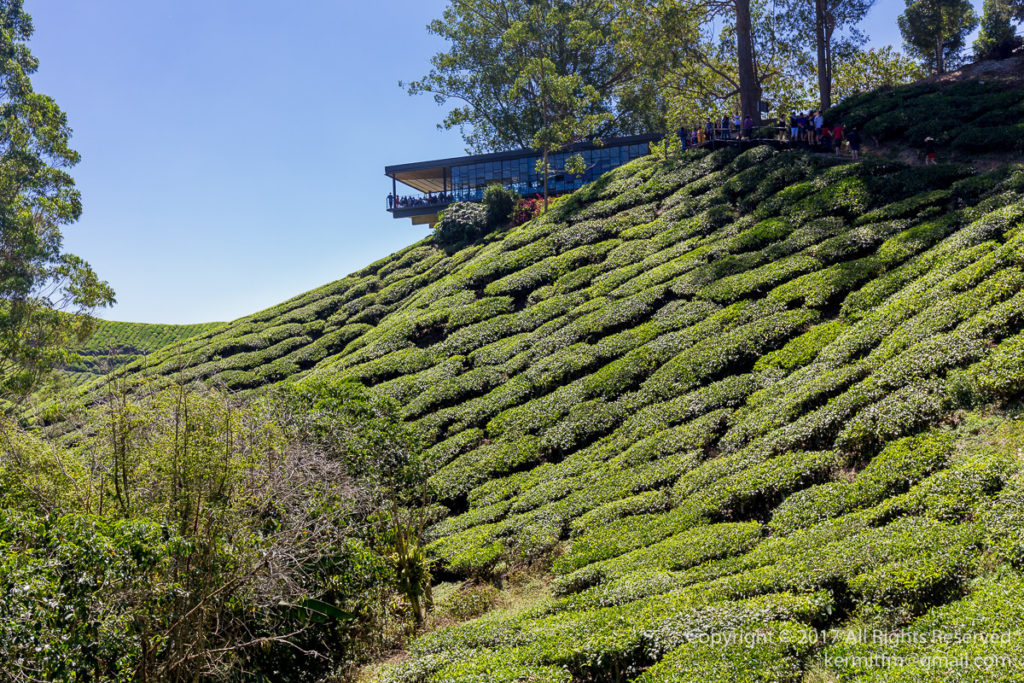 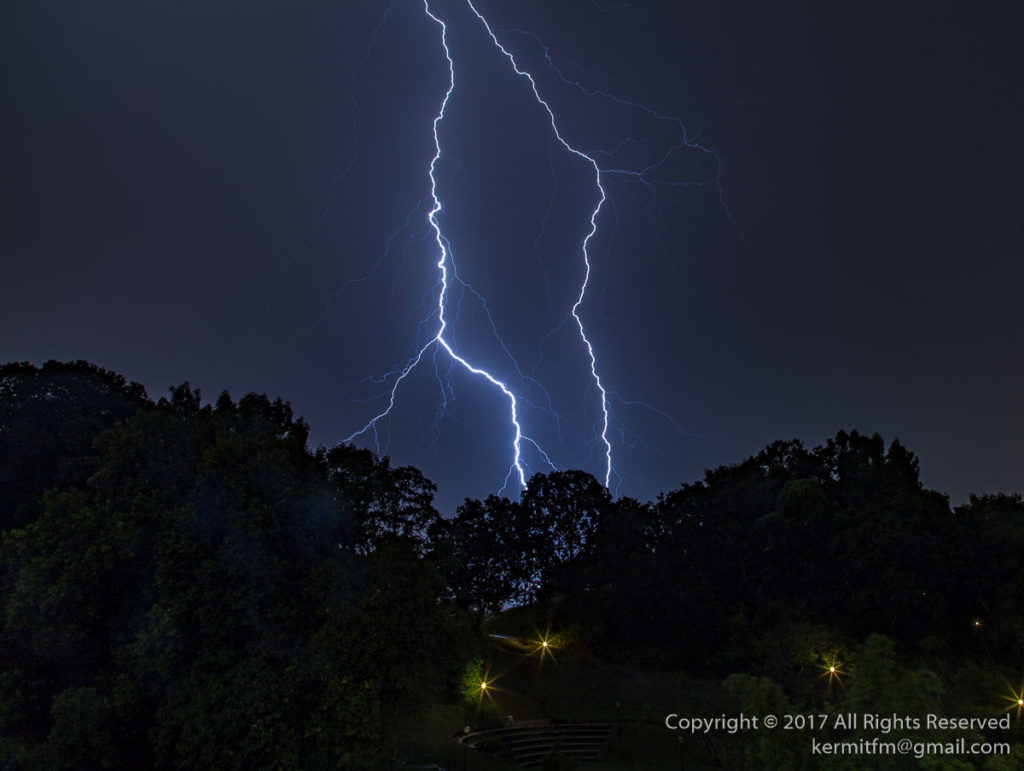 Shooting in the rain is always a challenge as I am wary that camera equipment and wet weather is not a good combination. Shooting on an cold early spring evening also introduce the possibility of condensation.  However, night rain  produces good mood photo scenes. The rain drops create halos around lamp lights, the wet ground reflects the colours with people huddling from the rain.

This photo was taken sometime ago in early March in the shopping district of Ximending, Taipei. It was a passing shower which lasted less than 30 minutes but boy, was it cold and wet. I took the photo while taking shelter under a Subway entrance. The lens IS system works wonderfully as the image is sharp even when shot hand-held at 1/10s. 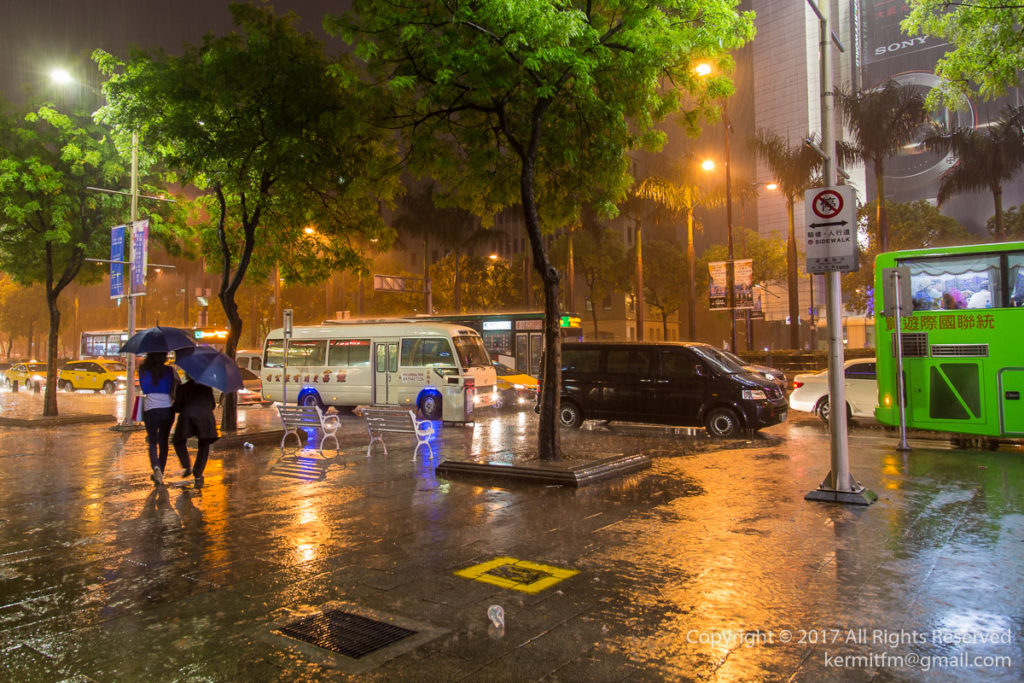